About one and a half year ago we switched from native app development to React Native after some comprehensive research and comparisions.

So we have worked on the React Native for 18 months now, and we have recently released our first product, Simple Mobile CRM, which is available for free in both App Store and Google Play. Both iOS and Android versions are purely based on React Native, and no native module is used at all. You may take a look of the performance if you are interested.

So this article is not just a quick review from React Native 3-month beginners, instead we try to put some consolidated experiences here. We cannot say for sure if it’s the de-facto best practice, but we sure researched a lot and refactored a number of times during the development. These are all hard-learned lessons.

This article assumes basic knowledge of React Native and Redux. Here is a great redux tutorial if you are not yet familiar with it yet.

There are two things that must bear in mind when developing React Native, 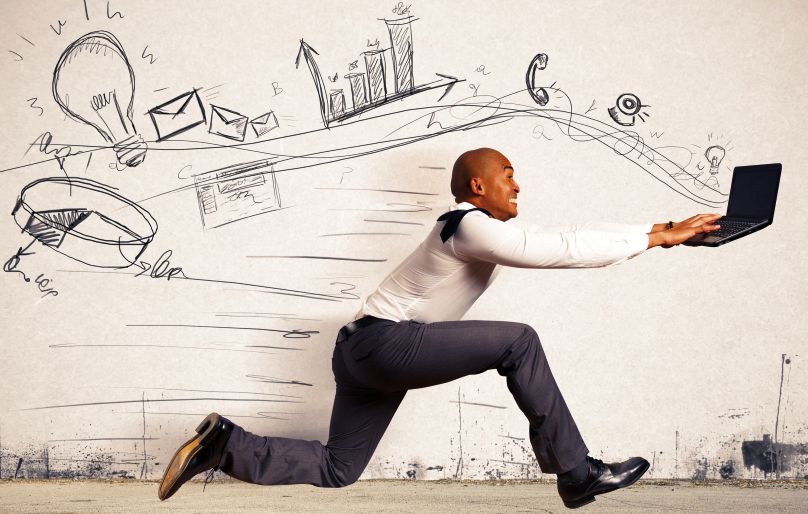 Redux is a predictable state container for JavaScript apps.

Ideally, we should map the state of the running app to the redux store, in a reasonable way. There are two important questions:

These questions are important, not because they are difficult to Google out the resources, but because of the contrary, there are too many alternatives out there. After much time of struggling, here is what we come up eventually. And we believe this is a better way to balance the code efficiency and reliability.

In the coming sections we would build an example app to illustrate a full-blown redux, using two important libraries:

The full source code of the app sample could be found here:

To get the general idea of this app, let’s take a look at the AppNavigator.js . The navigation related code is quite self-explanary:

With the help of redux-orm we can define a Model for object relational mapping, similar to Django models.

Our app has two models, which are Movie and MovieComment, and they are connected using a ForeignKey.

Next thing we need to do is to bind the models with the scenes, here are the bindings we want. 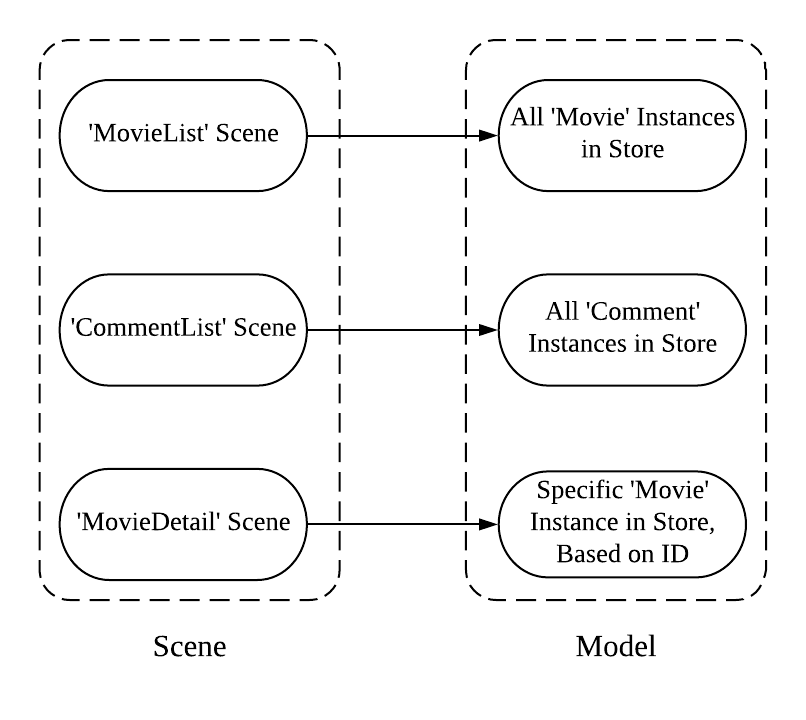 As we can see:

Now the scene and the store are connected via selectors. Next thing we need is to activate various actions (CREATE, EDIT and DELETE of movie and CREATE of comment), i.e. we need to manipulate the store.

How are we going to do that? Of course, use the reducers

For Movie Creation or Update in createOrEditMovie.js

For Movie Deletion in movieList.js

Before Redux-ORM was adopted, we were using per-scene redux store. Back then every scene’s state was self-sustained. For example, the movie detail scene will have not only its own data, but also all of the related comments as well. And that causes two big headaches:

The full source code from this article could be found in Github.

Hope this article can bring some insights to your RN development, and stay tuned as we will share more in coming weeks.