One week after the Chrome extension of simple gmail notes was released, I started to plan on porting of extension to Firefox.

There are 2 major incentives for this porting:

Here is the URL for Firefox extension: 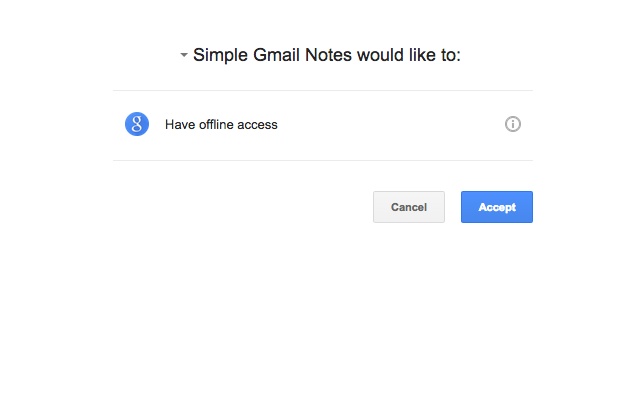 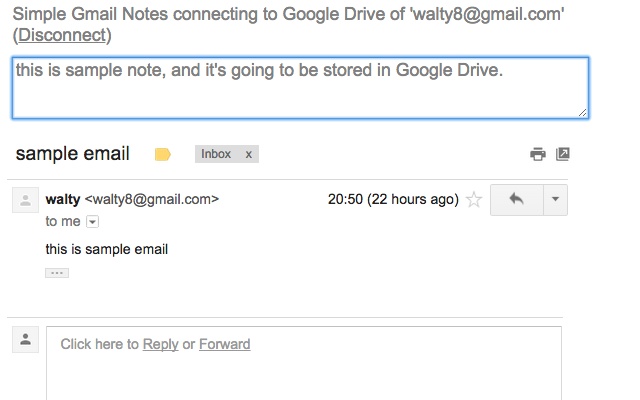 And here is the full source code:

Yet, for both cases, the optimal / best result is not inside the first search two results. It’s not a big problem for experienced developers, but if you are going to get started on this field, it’s going to be a nightmare. Most of search results are from the same official site of https://developer.mozilla.org, it seems they did not give a well structured SEO for the Google search. Some outdated pages got a even higher SEO ranking than those new ones.

Another depressing thing is, for the first search result, the tutorial mentioned a hello world sample, which is a dead link! That’s really bad, When one started to learn something totally new, the worst thing that could ever happen is a surprise of frustration, no matter how small it is!

Actually, like most developers, I only want a simple list of instructions to get started. And if possible, I want to follow a step by step hello world tutorial, just like the search results for Chrome extension do.

After wasted a few days on the wrong paths, I finally got some basic understanding about the Firefox extension/addon development (extension is a subset of addon).

Historically, there were 3 different ways of development, plus 1 new way of future:

Anyway, for now, the best option for Firefox extension development would be using jpm SDK.

The structures of Chrome and Firefox extensions are actually quite similar. There are, however, subtle differences in the scope of Javascript. 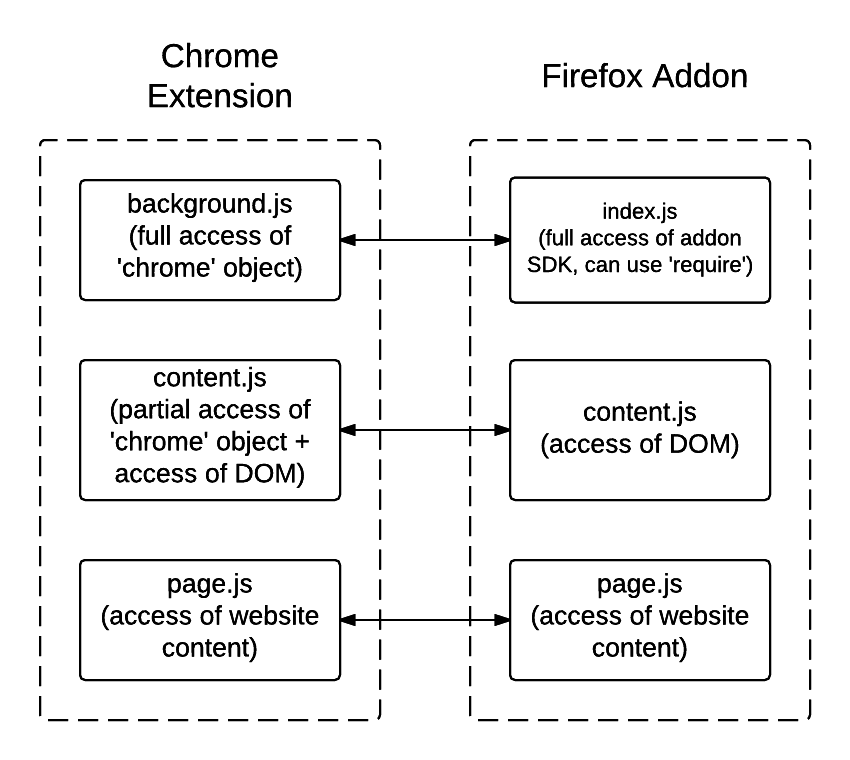 Thanks for the template project of firefox (though it’s in cfx), it makes my development much more easier. After struggled a few days on the structural discrepancies between Chrome and Firefox extensions, the remaining change on source code is actually relatively small. It only took me two more (half) days to port the whole project.

One major difference of between Firefox and Chrome extensions is you cannot get the javascript object of window in the scope of background script, so you have no way to include the jQuery inside the background script (index.js). Finally, I have to write a custom ajax wrapper using the builtin Request object of Firefox SDK to micmic the jQuery ajax.

Another problem I hit is I failed to import the oauthorizer library into the project. The instruction provided in the README.md did not work at all. And I checked the sample code in github, but still could not figure out how the import system really works. Finally, I copied the whole folder of oauthorizer into <project_root>/lib, and added the following line into the background script:

Here is the messaging structure of Firefox Addon. 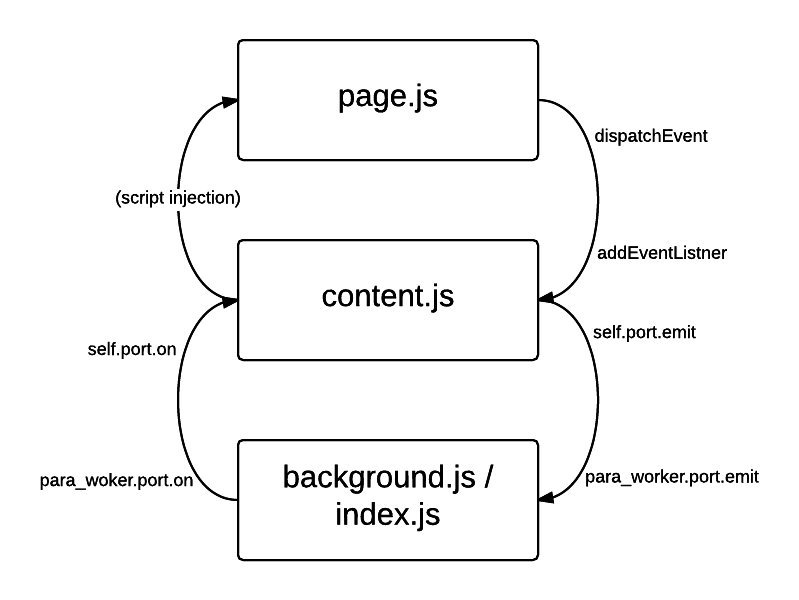 Firefox extension has some difficulties to find the currently active tab in the background script (unlike Chrome extension), so you better passing the worker object to the all the procedure calls, only the worker could reliably send the message back to the content script.

The default execution command jpm run would start a new profile each time, which could be problematic if your site is web page related. For example, I have to log into the Gmail account every to debug the Simple Gmail Notes, and it’s really painful.

Fortunately, you could reuse the same profile:

To reload the extension after the source code modification, use this command:

Yet, I still got one most painful expreince here. For one time, somehow the whole debugging system collapsed, all console.log failed. I have no idea what happened. No error message, no warning. All logs jsut disappeared, which makes further development impossible. I suspect there is something wrong with the configuration, or the early executed source code, or the Firefox profile, but I failed to dig out the root cause.

Finally, I have to redo the work again from the last SVN version, and this is really bad. Fortunately, it only happened for once.

It is because Mozilla actually did manual checking for each extension. And my extension was rejected for 3 times in total:

As one could see, it’s a much more strict reviewing process then the one of Chrome extension, for which I believe only minimal automatic checking is provided. My feeling is that Firefox is very cautious about the malware, that’s why they explicitly require the matching of checksum against the minified code.

Each time the extension is rejected, I have to generate a new version (with new version number) in order to have the extension approved. Normally the waiting time is less than 24 hours. But one time is really fast, it took the reviewer less than 30 minutes to check and reject my app (version 1.7).

From the Google search, many people complain about the slowness of queue, but it’s actually not that bad. But I don’t really think it’s a queue. The queue number moved extremely slow, it may move from 137/140 to 135/140 after two hours, and then fall back to 138/145 after another hour. The number goes forward and backward. But in general, if you don’t stare at the queue number, the review would get finished within 1 day (at least for my case).